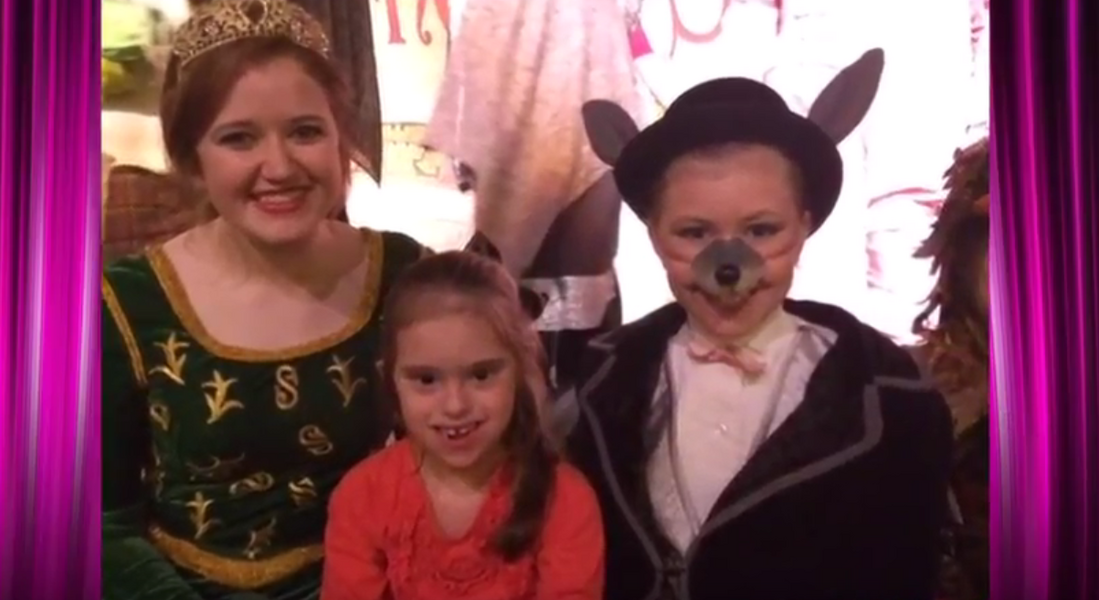 “I like singing and dance. And I like Guys and Dolls, and I like Little Mermaid and Shrek,” said 7-year-old Hannah Pate of the theatrical productions she has seen at Abilene’s Paramount Theatre.

For children with special needs, sitting quietly for a full-length, live theatre performance with loud noises and other surprises can be difficult to endure.

Representatives at the Paramount Theatre saw the need and decided to create alternative, tailored versions of the children’s performance series to allow special needs children to have an enjoyable live theatre experience, just like other kids their age.

“I saw my friends at Guys and Dolls. I saw Claire,” which Hannah explained was one of the many reasons she enjoyed the shows.

Adjustments for these performances include leaving on more lights, so kids aren’t sitting in the dark; the doors in the back of the theatre are left open, in case a child needs to exit; and the actors do not wear wireless microphones to prevent audio popping from startling the children.

Another bonus? The audience can also sing along and dance as they please!

The actors are also local youth, which, As Paramount Executive Director Betty Hukill explains, makes the performances even more cherished.

“We found that the most impacted people involved were the cast members. These kids who, many of them knew

people in the audience, and yet they never really thought in terms of having to adjust their performances. And, they were overwhelmed with emotion and delight at the connection that they made,” Hukill told Community Foundation of Abilene Grants Director Michelle Parrish.

Hannah’s mother, Susan Pate, says it’s important that this population of children have as many opportunities to be part of the community as possible.

The Community Foundation of Abilene proudly supported this program with a grant during the Fall 2016 Discretionary Grant Cycle.