More Stories in Our 2021 Annual Report 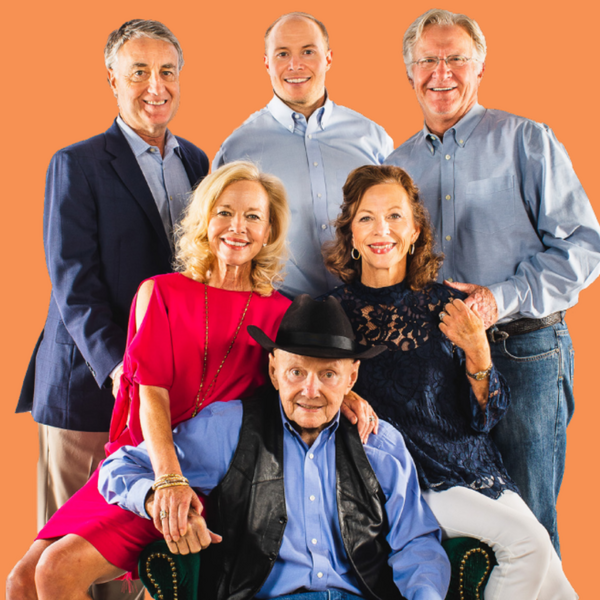 Charitable giving has become a family affair for Jim Alexander and his children and grandchildren.

“We have a lovely history with the Community Foundation because of Dad,” said Cathey Weatherl, one of Jim’s daughters. “We have just seen the impact CFA has had on the community over the years.”

Local philanthropy has long been important to Jim. He served as a founding Advisory Board member for CFA in 1985, and he and his late wife, Jerri, first became fundholders in 1987.

The Alexanders’ emphasis on charitable giving over the years inspired the family’s ensuing generations. In 2019, his children and grandchildren decided to engage in philanthropy together as a family, establishing the Alexander Families’ Giving Fund, which is now called the Alexander-Eagle-Weatherl Giving Fund.

“We have come together to share our vision, purpose, and values as a family, knowing that philanthropy and giving is a legacy that our parents have left us. They have modeled that beautifully over the years,” said Cathey, speaking on behalf of the family.

The family members gather regularly to talk about what causes matter to them and to determine how best to support those values through the grants made from their fund.

Cathey says one reason they chose to establish the Donor-Advised fund with CFA is because of our thorough administrative oversight and organized grantmaking process.

“The administrative part has been such a relief. You all make us aware of needs within the community, and we can choose where the grants go and make an impact where there is a need. Plus, it has caused us to set our funds aside in a more organized way so we are best prepared to do the kind of giving we want to do.”

The example Jim and Jerri set so many years ago has clearly resonated with the family in a way that will live on well into the future.

“We are so proud to have that model and legacy from our parents. It has been important to us for many years, and now the process is established in a way that can carry on through the generations.”

We can help your family craft its own unique charitable giving plan.

It all starts with a simple conversation. Our team is happy to meet with you any time. Contact us at cfa@cfabilene.org or 325-676-3883.