Home » Big Brothers Big Sisters: It's About Why

Big Brothers Big Sisters: It's About Why 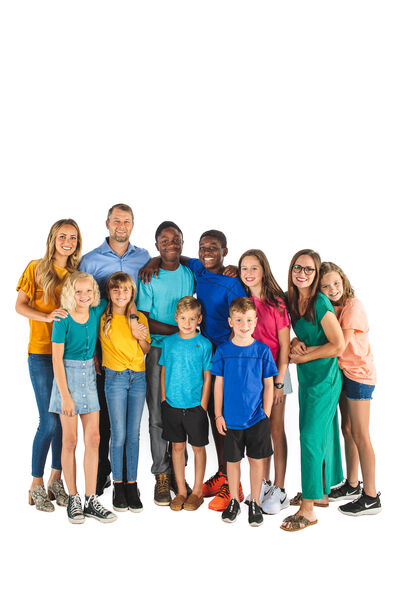 Behind all that we do in life is a what, how, and why. For the Community Foundation and our fundholders, the what is sustainable philanthropy; the how is the power of endowment paired with the impactful work of nonprofit grantees; and the why is...well, it’s people like Jacob and Le’Danivon.

“One time, we went to the Rangers stadium, and it was really fun. And we spent the day there, and we got to see them play…It was really fun,” said 13-year-old Jacob of one of his favorite memories with his mentor.

13-year-old Le’Danivon, also known as LD, is Jacob’s friend and is matched with Dillon Cobb. Since the Cobb and Rogers families have such a close bond, Jacob and LD have gotten to spend a lot of time together.

“The most special moments are when they take you places that you hang out with family. It just makes you feel like you’re a big part of the family with them,” said LD.

LD and Dillon have been matched for three years, and Jacob and Mark were matched for four years before Mark’s passing in March of 2021, an event that deeply affected Abilene. The ensuing show of support from our community, including CFA fundholders, is a true testament to the indelible imprint Mark’s leadership leaves on countless lives.

“The thing that’s most overwhelming and wonderful about that is that you see the sense of community that Abilene has, but also the impact that Mark Rogers made in his life,” said Talan Cobb, Dillon’s wife and new Market President for BBBS Abilene.

In an almost storybook-like ending, Talan was selected as Mark’s successor at BBBS, taking on the role previously held by the man she considered a best friend and mentor.

“Filling this space and carrying on this legacy, to this day, is the greatest honor of my life,” Talan said.

Talan describes the future she envisions as a result of the work BBBS is doing through these programs today.

“I really, really am hopeful that we see strong leadership happen in our community and that it spreads outside of Abilene. I hope we can look back on Littles that have been in this program that have lived into their potential and are changing the world.”

That vision beautifully sums up the why. It’s about the people whose lives are forever changed for the better thanks to local organizations and extraordinary, once-in-a-lifetime leaders like Mark Rogers.

To the Bigs, CFA fundholders, and everyone who has supported nonprofits like BBBS, Jacob has a message.

With his ability to proclaim the value of the BBBS match program, Jacob just might be the future spokesperson for an organization – and on behalf of a mentor – that has meant so much to him.

“It’s kind of like having a mentor that you get to have fun with and hang out with, and they kind of show you and help you learn life lessons. It’s just a lot of fun.”